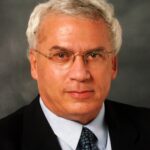 Shimon Tal has over 47 years of experience in professional and executive duties in the water resources management, water supply and sanitation sector of Israel. He has an extensive experience in national and international water issues and bilateral and multilateral water agreements. Mr. Tal is constantly invited to introduce the Israeli Policy of Integrated Water Resources Management in professional forums and conventions, in governmental and international organizations. Between 2000 and 2006 Shimon Tal served as the Water Commissioner of Israel, the senior ranking cabinet nominated official, responsible for the overall management (planning and regulation) of the National water sector and water resources. On his last duty he was the Co-Chairman of the Joint Israel-Jordan and Israeli[1]Palestinian Water Committees. During his service as water commissioner, significant water reforms were undertaken in the organizational framework of the water sector: establishment of the Governmental Authority for Water and Sewage, and the promotion of other large-scale water production programs – desalination and sewage effluent reuse. Shimon Tal served as the official representative of Israel in international organizations (IWA, INBO) and as a member in other bodies. He headed the Israeli delegations to World Summits and Conferences. In 2017 Shimon Tal assisted the World Bank in writing a technical paper that describe the Israeli Model for Water Management and the lessons learned from its success in passing the global and regional changes. In July 2021, he was appointed external director of the Gaon Group, a group of companies that manufactures and develops technologies for flowing infrastructure (pipes, water meters, fittings etc). Today he is the founder and CEO of a private company “Tal Content – Consulting & Enterprise Ltd “. The company is involved in Water and Sanitation activities in Israel and other countries, connected to climate change adaptation. His company is involved in promotion dissemination of sustainable approaches for water sector management. During the last 7 years a team of Economists and Engineers from the company and ad hock groups of professionals, serve the Water Authority in implementation of Treated Sewage Effluents supply systems for reuse in Agriculture and in Planning and Operational activities. Shimon Tal – CV 2 He is the CEO and copartner in “RTS – Waterways Ltd”. The company deals with consultation and projects on water and agriculture and specialized in professional tours and educational activities on water and agriculture. For the last 9 year he was teaching sustainability in the management of the water sector in Israel under the frame of the Reichman University in Herzeliya, School of Sustainability, for students for the first degree. He was involved in formulating an MBA program for water in a joint framework for Reichman University and the Cyprus Academy. He serves as the Academic Manager of international courses in Integrated Water Resources Management for delegations from developing countries (Africa, Asia and America) within the frame of the Galilee Institute. From 2007 to 2013 he was elected and nominated to be the President of the Israeli Water Association, a professional water organization that aims to distribute knowledge on water. In 2010 he led the establishment of a regional cooperation of farmers “Maim Bagalil” which regulates and manages water resources and supply for 52 communities in the north of Israel. He serves as the CEO until 2012 and led the construction of 100 N.I.S. project for the development of very deep wells (up to 1586 m) to produce water for agricultural irrigation. In 2012 he was nominated by the Minister of Industry Trade & Labor to be the chairmen of the International Water Exhibition & Conference, Watec 2013. In 2012 he was the President of Cleantech 2012, an international event on clean technologies. Before that Simon Tal executed extensive activities in Mekorot, from professional and engineering field positions through managerial positions, including Vice President of Engineering and Member of the Executive Board. Mekorot is the National Water Supply Company controls 70% of the water supply in Israel and operates the National Water Supply System. He led the R&D activity in the company and the absorption of new technologies in the water infrastructures of the company.