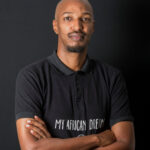 Henri Nyakarundi is a native Rwandan who moved to the US in 1996 to study computer science. While in the U.S, Henri obtained a degree in Computer Science from Georgia State University, USA. After graduation he soon realized that a 9-5 was not his calling, and he was an entrepreneur at heart. Before moving back to the continent for good, he had founded UMG Transportation, a heavy equipment rental company, in Burundi, and UMG Logistics LLC, a trucking company based in Georgia, USA. However, the green sector is his true passion. A few years later, in 2013, after a tough start in Burundi and with the uncertainty of the political climate, Nyakarundi decided to move and register his business, ARED GROUP LTD, in Rwanda. He has been developing ARED for the past three years. For over 10 years, Henri has been a well-respected voice on entrepreneurship in Africa, renewable energy, innovation & technology impact and more. African Renewable Energy Distributor, ARED, is a one-stop renewable energy platform to facilitate last mile access to offline and online digital content via Wi-Fi.

Starting out as a “business-in-a-box” solar kiosk provider in its first few years, ARED used its technology to offer phone charging solutions to customers. As of 2016, the company had about 25 of these kiosks operating in Rwanda and there was talk of the company adding intranet services to its list of offerings.

ARED uses a micro franchise model to recruit, train, and monitor agents who operate the kiosks, most of which, according to Nyakarundi, are women. The company then shares the revenue generated from the services provided with these agents.