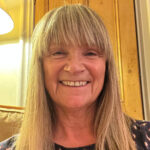 Joanne is an active researcher in the archaeology of the Early and Middle Holocene of the Near East and North Africa. She has directed field projects in Gaza, Cyprus and Western Sahara all with a view to understanding the relationship between society, environment and changing resource availability over the long term. All the regions she has worked in are today ‘conflict zones’ with UN peace-keeping forces maintaining borders. This structures the research that she undertakes in these regions. Her research interests in people and climates in the past began with her work in Cyprus and the Near East and has developed in the last ten years with my collaboration in Western Sahara with Nick Brooks with a book appearing in 2018. An AHR) funded Network in 2011, Environmental Change in Prehistory brought together climate scientists and archaeologists to discuss how people in the past responded to periods of documented ‘rapid climate change’. This resulted in the paper in Quaternary Science Reviews (Clarke et al. 2016) that contextualised linked archaeological and environmental narratives in current thinking around resilience, vulnerability and adaptation. She also has considerable expertise and background in archaeological / art historical research and teaching. She was a Co-investigator on the AHRC-funded, Basketry: Making Human Culture with colleagues in the Department of Art History and World Art Studies. She is Director of the UEA (Faculty of Humanities) Environment, Space and Place Research Group which has led to a number of collaborations across the university including my own collaboration with Professor Corinne Le Quéré on the Tyndall Centre’s GCRF funded bid Foundations for Climate Resilient and Sustainable Growing Settlements (U-RES).