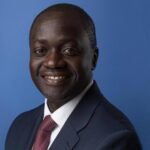 Maurice has worked to advance progressive reforms and secure rights and opportunities for all people in the region. His priorities have encompassed strengthening democracy and the efficacy of local civic organizations; addressing gender inequalities, particularly pertaining to low-income women; improving livelihood opportunities for rural and urban poor people, including addressing disparities in land control; and promoting open access to media that enable free, fair, and diverse forms of expression.

Maurice Makoloo also served as Director, Eastern Africa, Ford Foundation – Kenya, overseeing all grant making in the region from Ford’s office in Nairobi. Before joining the foundation in 2012, Maurice served as director of the Institute for Law and Environmental Governance, a leading environmental research and advocacy institution based in Nairobi. He was appointed by the Council of the Law Society of Kenya to serve as the convener of the society’s Environmental Law Committee, a position he has held since 2005. Recently, he concluded a six-year term as secretary of Kenya’s Public Complaints Committee on the Environment—a post to which he was appointed by the minister for environment and mineral resources.

Maurice holds a master of laws and bachelor of laws, both from the University of Nairobi.