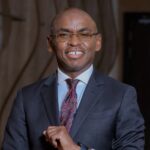 In his most recent role, Peter was responsible for Diageo PLC operations in 50 countries in Western and Eastern Europe, Russia, the Middle East, and North Africa regions. Previously, he served as CEO in Guinness Nigeria PLC and Guinness Ghana Breweries PLC, transforming the two operations to deliver double-digit growth by investing in people, introducing new brands, and re-organizing the businesses.

As a Chief Executive in several markets within the Diageo Group, Peter demonstrated the ability to transform businesses and organizations to deliver superior results. He has a real passion for delivering value to customers (with his principle of customer first), investing in talent, and getting things done.

Peter served for eight years across a range of senior Executive Director roles at East Africa Breweries Limited (a Diageo subsidiary) based in Nairobi. Serving as the Group Chief Finance Officer (CFO), Group Strategy Director, Sales Director, and as an Executive Director on the EABL Board, he was part of the team that saw the EABL business more than doubled in value – and winning the coveted Most Respected Business Award in East Africa for five years in a row.

Peter is credited with the development of an affordable-beer strategy for EABL resulting in the production of new brands such as Senator beer which became one of the most successful innovations by Diageo. He started his career at PwC, the global consulting firm, where he worked for 11 years. Peter draws his inspiration, in particular from his early upbringing laying the foundations for his strong value set, from his teachers and the legendary Dr. Geoffrey Griffin – the late founder of Starehe Boys Centre- his alma mater, and his parents.